We’re the Self Preservation Society

The Self Preservation Society was the theme song of the original “Italian Job” film from 1969.  It rings truer now than ever before as the world is plunged into a bizarre global fight over every scrap of comfort and wealth that remains.

It’s evident at all levels. We have the likes of China and France buying up land and resources throughout the third world as if they were Christopher Columbus at Inca’s “R” Us New Year clearance sale.  Then we’ve the oligarchs slipping money to their friends in

government to ensure they can scoop up massive wads of national wealth at fire sale prices.  And politicians doing it at their level, eating up political financing in return for votes; or simply cheating on their expenses and not even being punished.  Cannot forget the banks, too.  Blow the world’s financial system to pieces then hoover up an equally big slice of tax money in bail outs, and a few short years later their bonuses are back to pre-crisis levels.

And then there’s us ordinary folk, we’re at it too.  So long as we’re earning more than our neighbour and driving a better car, all is well in the world. And don’t make me pay for those poor, disabled, elderly scroungers!  I am a self made man, only did it on the back of a state financed education, government tax breaks, subsidies and the efforts of my staff and customers.  But except for that I did it all myself.  And I deserve everything I earn.  And why should I pay tax that only goes to support scroungers and foreigners.  I am the creator of wealth!  Nothing wrong with tax for the little people, I mean I need those government contracts.

Media floods us with images of musicians, film stars, celebrity chefs, business tycoons, all screaming this is the way.  Then there is the wanna-be level of TV: X-Factor, Dragon’s Den, lottery shows spouting contradictory messages.  All false icons to be aspired to, all

faces with more to do with fantasy than reality, all with this high probability that one day we’ll witness some Jimmy Savile style story emerge on our false idols.

Yes, if we work hard enough, make enough money for ourselves, get famous enough, then elusive contentment, happiness will present itself; never mind how many homeless we must step over outside of our climate controlled fantasy world.

Recently a good friend gave me her reason for voting No to Scottish independence.  She believes that too many Scots are scroungers and wasters and we cannot be compared with Scandinavia.  My response was to ask how that leads to a choice for nuclear weapons, gross inequality, Westminster corruption, illegal wars, short term economic policies, environmental destruction, the list goes on.

There is no direct answer to this.  Because it is more to do with a feeling than a concrete belief.  It’s not that No voters, Scottish unionists, are endeared with Westminster.  No, they are not really any more happy with the politicians down there than the ardent Yes supporters.  It took me some time to understand and it is this:  The fairness and equality of 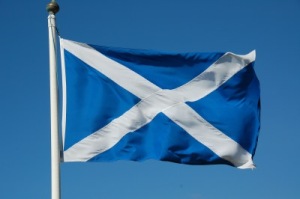 the Scotland that Salmond, Sturgeon and the pro-independence supporters want to build is not actually seen as a positive case to large numbers of people, possibly the majority of people in Scotland.

The thought that we are all responsible for the rampant poverty in Scotland and that we’ll all need to finance its eradication is a frightening one for many.  The thought that we may need to reject policies being implemented wholesale throughout the western world – nuclear power, anti-terrorism, war, plundering of resources, buoying up of casino banking, surveillance, reduction of liberties, xenophobia – is also frightening.  Nuclear power is unsafe.  Nuclear weapons are insane. Environmental destruction is unsustainable.  Driving a wedge between rich and poor is a recipe for a USA style, manic, unstable society.  We know all this, but there is something appealing in this familiar madness.

Of course when you boil it down even further you come to a rather disturbing truth: we do not believe all people are born equal.  This is the stuff of genocide, it makes uncomfortable reading and thinking.  Can someone vocally admit that they will vote No to Scottish Independence because they believe there is a large element of Scottish society that they do not believe can ever be “saved”?  These poor untouchables must be kept at arm’s length, suitably 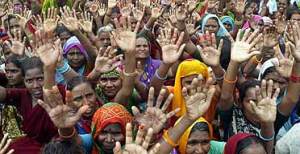 punished to keep them in their place.  And who better to do this than the Westminster psychopaths with their elitist, privileged backgrounds?  They’ve hundreds of years of experience at dominating colonies, developing slavery, concentration camps, divide and rule, genocide.  Some dreamer like Salmond thinks he can make a fairer and more equal society when there are so many hopeless, 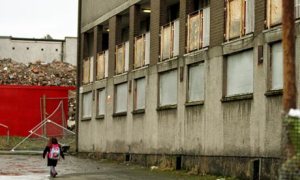 work-shy, illiterate, sub-humans in Scotland?  Can Salmond not see that they are genetically different?  We’re middle class, we’re still doing all right.  And what about the same lower class inbreds in foreign lands, especially those of dark skin or from Eastern Europe.  Salmond’s going to let them all march right in here and then help them too!  Westminster may be a festering pit of corruption and warmongering but they’re the best bet for self-preservation.

Scotland may be a very small land.  But at this time and place in history, this independence referendum raises global questions that go the heart of ethics and the human condition.

This entry was posted in Ethics, Politics, Poverty. Bookmark the permalink.

2 Responses to We’re the Self Preservation Society