Schizophrenic Better Together on EU

Posted on February 27, 2014 by formerdundeeman

Would the Better Together campaign please aim for some consistency? All these vague threats, typically without foundation, about no EU membership for Scotland, all aimed at creating fear in the Scottish voters. And then I switch on BBC World this morning and there is Merkel and Cameron strutting around with the German leader arguing that UK should not leave EU … which is a distinct possibility with the promised referendum in 2017. 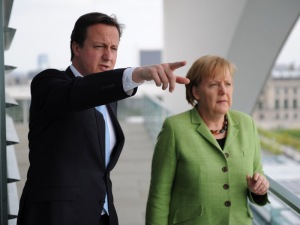 So let’s get this straight – Scots are frightened into not voting for independence because of fears over no EU membership. It therefore stays in UK and in 2017 the majority of Scots vote to stay in EU, but we’re only 5 million out of 60 million so we leave the EU anyway …  How ironic.

No, the whole no EU membership for Scotland fear-mongering effort is without any substance and yet another pathetic, antidemocratic disgrace.

This entry was posted in Uncategorized. Bookmark the permalink.