Beyond the humour and relatively friendly, openness of the people, the overriding, defining trait of the UK is the class system. It has always been so. Living in the Netherlands, relatively free of class differences, and looking back at Blighty it stands out painfully. Since 1979 the gulf between rich and poor has grown and the social welfare put in place after the second world war has been in decline. The lower class are somehow responsible for their fate no matter how idiotic and incompetent the political masters are.

If we look back at the pre-war time the plight of the poor is a sorry story. Working and living conditions were bordering on barbaric. For hundreds of years little was done beyond the charitable activities of rich men’s wives. It took World War II and the collapse of the British Empire to bring in change: worker’s rights, unemployment benefit, adequate housing, a free, quality health service for all. 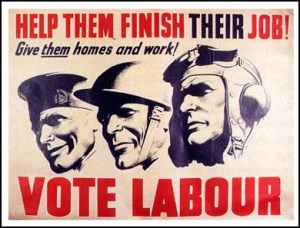 Since 1979 we took a long slide backwards and after decades of being propped up by oil money and casino banking it is coming to a head now. Poverty in the UK is becoming comparable to that in many third world countries. A documentary on this shown in the Netherlands last year resulted in friends approaching me in a shocked manner, disbelief that I came from such a land. Dutch who have lived in the UK never really come to terms with this class division, the wholesale disenfranchisement of the less well off.  The current UK government is dead set on further reducing access to health care, housing, benefit and given recent attempts to circumvent European law, human rights too. Health and safety is seen as an impediment to business.  At the UK level there is little hope in voting for a different party. They will all blindly follow the Neo-Con bible. 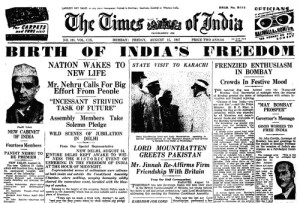 It took the collapse of the British Empire to bring some respect for the ordinary citizen in the UK. It will take the break up of the United Kingdom to once again set the people free and allow them to live with fairness and honour. And I refer as much to those living south of the border as to those living north of it. Unless you are one of the thoughtless wealthy few, there should not be a person in the land who would stand in the way of an independent Scotland.