Two weeks to save Scotland, UK and Europe

Posted on September 4, 2014 by formerdundeeman

Just two weeks to go until the Scottish referendum.  What more is there to say that has not

already been said?  Is there any use in pointing out more Unionist hypocrisy and bullshit?  Probably not, even if it still flows through our biased main stream media completely unabated.

I’ve been talking to some people in my business.  This is an industry that would typically be the home of Conservative voters.  Incredibly Scots are talking about joining Common Weal and hoping that Robin McAlpine will have fur

ther political aspirations come 19 September.  They believe that a fairer, egalitarian Scotland would be better for everyone, business people included.  The organisation Business for Scotland has done sterling work in this regard.  A market place and job force consisting of large numbers of low income, uneducated people is NOT good for business or society.

But as a Scot based in the Netherlands my thoughts go beyond that of Scotland and the UK.  What would the implications of a No vote be for Europe?  It looks a dead cert that 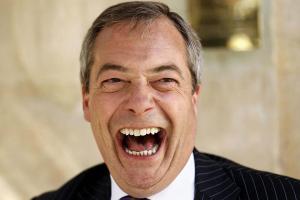 UKIP will win the Clacton by-election with a landslide.  This in turn makes a Conservative-UKIP coalition a sure thing for 2015.  UKIP has nothing to do with the everyman image that Farage tries to portray with his pint glass glued to his palm.  He’s an ex-banker and his priorities remain with the privileged.  He gathers popular support by focusing on foreigners and blaming them for our ills.  An age old tactic used by despots the world over.  You’d think if we’d been reading our history we’d be aware of this by now.

But in general we don’t read history, much less take it in and ruminate on the matter.  Yes the European Union has its issues and can for certain always be improved.  It has messed up on some major things like accepting all and sundry into the Euro zone.  But – and this is an enormous but – there has been peace between European Union countries for 70 years come 2015, the year of the next UK general election.  This is vitally significant.  It is actually the longest period of peace between Western European nations since Pax Romana, an era that ended in the year AD 180.  That’s what the EU was started for and that’s why we all need to

remain committed.  With every passing year there are less and less people alive who remember World War II and the actions of populist UK politicians confirm that few people have the imagination to contemplate such horrors.

What is Scotland’s role in all this?  I like to think that Scotland with its focus on collaboration and inclusion can stem the tide of xenophobic thinking in rUK by being a great example of what is possible with a true democratic system.  A system that respects all of its own people and the people of our neighbouring countries.

This referendum has a hell of a lot at stake.  If you are registered to vote in Scotland then please vote very wisely.