Parpcaster – From Broke to $1Billion IPO in 6 months

Posted on October 7, 2014 by formerdundeeman

From its humble beginnings in a student dorm room just six months ago, Parpcaster.com has come a long way.  The new darling of the financial markets, this upstart British based technology company is set to sweep the world stage, treading in the footsteps of the likes of Twitter, Snapchat and Instagram. 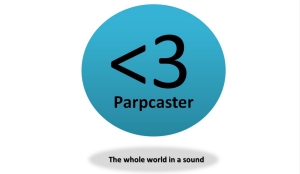 The premise: make use of the universal language of sound for a truly global communication medium.  Parpcaster’s founder and CEO David H. Tanenboom was becoming frustrated by the limitations of Twitter’s 140 character basis.  This was compounded when trying to connect with people unable to speak a common language.  That’s when it became clear to Tanenboom that a less restrictive and more natural means of communicating via social media was required.

“Snapchat was just stupid and Twitter was becoming passée.  Young people were finding it increasingly difficult to get their thoughts out of their heads in 140 characters,” says the spirited 22 year old. “Let’s face it words are complicated and can have different meanings for different people.  One night I accidentally Skyped a man in Burma … I don’t know what he was saying but from his rather desperate screams I could still empathize with him.  From here the idea was born and I began programming, pulling all-nighters and maxing out my credit cards until version 0.1 of Parpcaster was up and running.”

Parpcaster definitely comes from the same primordial gunk as Twitter.  Users sign up for free accounts.  Users can have an avatar and basic profiles.  However instead of Tweets, users make Parps.  A parp is a short noise – typically a few seconds.  The user can record and then broadcast his parp to one or more groupies (Parpcaster speak for Followers).  Acting as a groupie a user listens to (follows) other users.  So far, so much the same as Twitter. Where Parpcaster gets very clever is through the radio function.  Every user gets a transmitter and receiver.  This allows you to choose a world region or a demographic to parp.  Any users in that world region or demographic with their radio receiver switched on, will receive the parp whether they are a listener (follower) of you or not, providing they are no already being overparped (basically being swamped by parps).

“The radio function is awesome.  Imagine watching the president of the United States giving a speech live on TV and you don’t like it.  Fire up your iPad and let him know immediately.  No struggling for clever arguments that will probably never make sense or even be read.”

And obviously the concept has universal appeal although there were some doubts in the early days.  Parpcaster’s second in command and CTO Alvin Fairfax recounts how their studying suffered and how one time they failed to back up their code and lost a few hours of work – a veritable nightmare in the rapid do or die world of tech start-ups.  But after a few weeks of hard graft Parpcaster began to make it big in Japan.

Fairfax and Tanenboom chose to quit their physics degrees and concentrate full time on Parpcaster.  “Quantum mechanics is hard, but creating a multi-million dollar social media site is another level altogether,”says the CEO.  Their efforts did not go unnoticed.  Top Silicon Valley venture capitalist Thomas Tarbor of Tarbor Hendricks Mulligan happened to overhear an “oriental” sounding belch from his son Aidan’s bedroom.  Aidan explained how he was communicating with a non-English speaking Thai boy through use of noises and they were having a great time.  Having already invested in a number of high tech start-ups in the Valley, Tarbor understood immediately the potential of Parpcaster.

The experienced investor was however in for a shock.  “Parpcaster turned out to be British!” he exclaimed.  He booked a red eye flight to London and went to meet the team.  “I needed to know there was a solid technical and marketing vision behind the gloss.”  He was not disappointed.  Fairfax and Tanenboom demonstrated the radio feature and an alpha version of group chat.  Tarbor knew he had a winner.

Before returning to the USA, Tarbor dropped in to see UK chancellor George Osborne and explained the opportunity.  Since then Osborne has seen the light and personally assisted Parpcaster en route to their IPO that is expected to raise some £700million (US$1billion) on the London stock exchange.  George Osborne announced: “It’s this kind of high technology innovation that makes Great Britain great.  This is a land of opportunity.  If more people launched such enterprises we’d not be struggling under the benefits culture that is so rife.  People need to understand that these chances are open to everyone – there is no excuse for poverty.  Businesses like Parpcaster are the future for the UK.  Everyone could be rich.”

Critics may say that Parpcaster is a novelty concept with no revenue model.  Tarbor scoffs at such naivety.  “Some say it’s insane valuing a business at $1billion when it only has income of $785,000, but that’s what they always say.  Twitter, Facebook, look at them.  They can complain all they like about lack of money for outdated science, engineering and biotech industries but in the end Parpcaster shareholders have the Ferraris. If that’s not real wealth for them and for the UK as a whole then I don’t know what is.  They need to understand the 21st century economics.  The world has changed.  The world parps.”